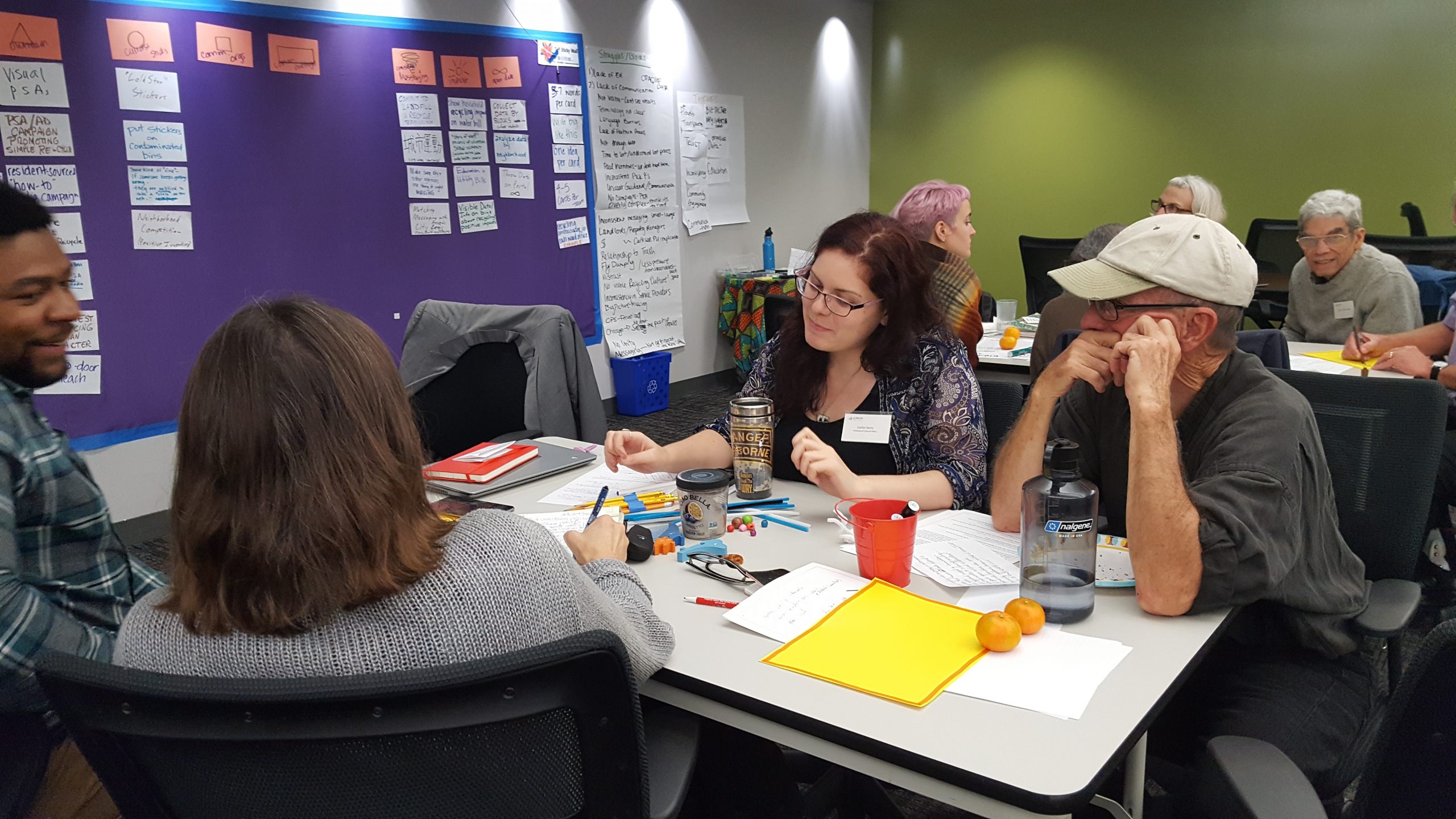 At four meetings in November 2016, the Chicago Sustainability Leaders Network (CSLN) gathered with over 70 residents across Chicago to brainstorm solutions to improve recycling in Chicago. We heard from representatives from Chicago’s Streets and Sanitation Department and collectively answered the question:

“What are practical actions and strategies that can help Chicago deal with the blocks and reduce contamination in recycling bins across Chicago?”

Among the many ideas, residents were most excited about clear and simple recycling guidelines, education and getting youth involved, consistent recycling services across the city, activation of local recycling ambassadors in each neighborhood, and positive incentives for recycling well.

The CSLN is summarized the ideas from these meetings, received final input to prioritize action, and presented the final report to the City. See the final report here: CSLN Recycling Report.

In June, the City announced new a recycling campaign that incorporates a number of suggestions in the report. Learn more about the campaign at http://bit.ly/ChiRecycle2017. You can also learn more about recycling by visiting the resources listed below or contacting a CSLN organizer at accelerate77@gmail.com.

Press coverage from the recycling meetings:

About the Recycling Initiative

The CSLN aims to work collaboratively with larger institutions in what we call the in-between space — the space in-between bottom-up grassroots initiatives and top-down decision makers. Since March 2015, the CSLN’s policy working group has met with the Chief Sustainability Officer of the City of Chicago to explore what a productive, creative partnership between the City and the CSLN could look like.

In October 2015, the CSLN collectively produced a set of values and program recommendations for the City to consider in Chicago’s next sustainability plan. Following up the spirit and intention of this document, the City supports the CSLN’s current initiative to explore innovative solutions to deal with recycling contamination with CSLN members and their communities.

Processing...
Thank you! Your subscription has been confirmed. You'll hear from us soon.